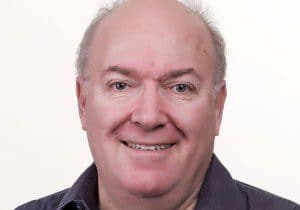 Prof. Friedman is a veteran scientist and winner of several scientific awards. He was conducting pure and applied research and teaching in academia and governments laboratories until 1996. At that time, he left academia and founded Fortress Technologies – a communications security company (Cyber). Under his management Fortress grew to become the sixth largest company in the Tampa bay area. Fortress was and still is the largest provider of wireless network security to the US Department of Defense.

In the beginning of 2013 Prof. Friedman decided to retire from his corporate management role. He and his wife came back to Israel.  In Israel, Prof. Friedman took the role of the Head of Ariel University’s Schlesinger Compact Accelerator Center. In this role he helped revive the center. He is now leading several major new scientific projects as well as an ongoing one.

Prof. Friedman is also a member of the Department of Electrical Engineering in Ariel University. 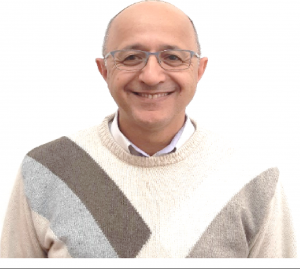 VP of Operations, Engineering and Manufacturing in hi-tech companies 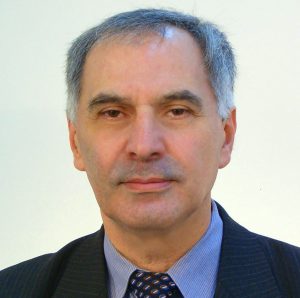 Vladimir L. Bratman received the M.Sc. and Ph.D. degrees in physics from Gorky State University, Gorki (former U.S.S.R.) in 1967 and 1977, respectively, and the Doctor of Science degree from Tomsk Institute of High-Current Electronics, Tomsk (RF) in 1992. He joined the Research Institute “Salyut” in 1970, the Radio Physical Research Institute in 1974 and the Institute of Applied Physics of the Russian Academy of Sciences in 1977. He headed a Laboratory in 1985-2014 and the Relativistic High-Frequency Electronics Department in 2006-2014. He was awarded State Prize of Russian Federation in 2003. In 1986-2011, he was Professor in the Advanced School of General and Applied Physics at the Nizhny Novgorod (former Gorky) State University. Since 2012, he is also Professor and researcher in the Ariel University, Ariel, Israel. The title Soros Professor was conferred on V.L. Bratman in 1998 and 2000.

His research interests include theoretical and experimental investigations in the field of microwave and terahertz vacuum electronics including gyrotrons, Cyclotron Autoresonance Masers, Free Electron Lasers, Cherenkov devices, sources based on Coherent Spontaneous Radiation and Super-Radiance from dense electron bunches formed in modern photo-injectors as well as development of powerful sources for plasma diagnostics and EC heating in fusion machines, EPR and NMR spectroscopy, new methods of particle acceleration. 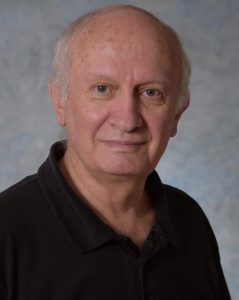 Work Experience:  Professor Avraham Gover is a leading expert in Quantum Electronics and specifically in the field of free electron interaction with light and matter and Free Electron Lasers. He is a faculty member in the Physical Electronics Department of Tel Aviv University. He has received his BS and MS in Physics from Tel-Aviv University and his Ph.D. in Applied Physics from CALTECH U.S.A.

A.Gover is a Fellow of the IEEE and a Fellow of the American Physical Society. In 2005, he was awarded the international FEL prize “in recognition for his outstanding contributions to Free Electron Laser science and technology”.

A.Gover is the head of the Schlesinger Center for Radiation Sources and Applications in Ariel University.

Professor Moshe Einat received the B.Sc., M.Sc., and Ph.D. degrees from Tel Aviv University, Tel Aviv, Israel. He is a member of the engineering faculty at the Ariel University, Ariel, Israel. He specialized in high-power microwave electron tubes integrated to ferroelectric cold electron guns. He works on various experimental projects in the area of microwave, millimeter, and terahertz waves, both from the generation as well as the application point of view.

Doctor Nezah Balal is a postdoctoral researcher in the faculty of Electronic and Electrical Engineering at the Ariel University Israel.  Born in 1982, received the B.Sc. degree in physics, the B.Sc., M.Sc. and Ph.D. degrees in electrical engineering from Ariel University, in 2010, 2011, 2013 and 2017 respectively. Between 2011 and 2017 he worked in a mm-wave laboratory developing radar applications. Presently in his postdoctoral researcher he is working on developing efficient mechanisms for generation of THz waves in free-electron devices and their Applications at the Schlesinger Center for Compact Accelerators.

Moritz Pilossof was born in Sofia, Bulgaria in 1980. He received the B.Sc. and M.Sc. degrees in electrical engineering from Ariel University, Ariel, Israel, in 2007 and 2012 respectively. He is currently a Ph.D student and part of the Microwave and Millimeter wave Sources Center, Ariel University. He is involved in development of ferro-electric cathodes and integrates them in gyrotron tubes. His interests are in the fields of microwave and millimeter tubes, milimeter wave propagation and structures, electron and particle sourses, particle accelerators.

Dmitri Borodin was born in Russia in 1981. He received the B.Sc and M.Sc degrees from Ariel University, Ariel, Israel, in 2012 and 2014 respectively. He is currently the FEL System Engineer and part of the Radiation Sources Center, Ariel University. He is involved in the development of DC Solenoid for mmw gyrotron tubes.

Roey Ben-Moshe received the B.Sc and M.Sc. degrees in electrical engineering from Ariel University, Israel, in 2009 and 2013 respectively. Since 2008 he has been doing his research on high power millimeter waves sources, with the focus on gyrotron tubes. Together with his colleagues they develop a ferroelectric cathode which is a unique electron source emitter. His research includes modeling electromagnetic fields; designing diagnostic systems; developing coils and electrodynamics’ analysis between fields and particles. In addition, in the past few years he has been teaching in the electrical engineering department at Ariel University.

Position : Researcher at the Schlesinger Center for Compact Accelerators (F.E.L).