After nearly 3 years in Israel, Andrea Fracchia is very happy with his decision to come to Ariel University for his PhD in molecular biology, and if given the choice, he would do it again.

Andrea arrived in November 2016 after finishing his Master’s degree in an entirely English-speaking program in molecular biology in Italy, which greatly boosted his language skills, especially scientific English. After a one-year a break from studying to work, he decided he wanted to have the experience of living in another country, and what better way than to go for a PhD. He had been considering places like the UK or Berlin, but a posting by Dr. Gabi Gerlitz on a website for research opportunities perked his interest. He contacted Dr. Gerlitz directly, within two days, he made the decision to come to Ariel University even though he had never previously been to Israel, and didn’t know the language or anyone in Israel.

Upon arrival, he got a lot of help from people at the university and fellow students with the bureaucracy and daily affairs. His first impressions were that although AU is relatively small, and many things needed improvement, “I saw the university’s great potential, which comes from its will and strength to grow and develop. This reflected by the many new buildings, such as the Natural Sciences and Health Sciences buildings, which will offer practical and aesthetic improvements. Little by little, things are improving.”

Andrea does cancer research, specifically on melanoma in mice cell lines. His work involves identifying previously unknown cytoskeletal structures of these cells, which is important for their migration. He is looking for novel intracellular structures which may provide more clues about how tumor cells behave and if these structures may be important for cell migration. “There isn’t a lot known about this, but it will hopefully lead us to a starting point to further research. I believe I am quite close to at least providing some initial data to work with for further research. I hope that once I have some strong data to publish, it will be the turning point for myself and the laboratory. There is a lot of exchange of ideas with other laboratories at the university, which could develop as we advance. At this point, I am optimistic that good things will come out of these efforts and step by step we can build from this.”

The cytoskeleton of cells is important in the migration of tumor cells. Andrea and the team at Dr. Gerlitz’s lab (consisting of 3 PhD students –from Poland, Spain and Italy, as well as an Israeli Master’s student) are trying to understand if there is some structure in these cells which is somehow involved in their migration or their behavior. “It’s very exciting because this is a field that is practically unknown, which from one point of view makes it more difficult, but on the other hand could be something significant. It’s an interesting project. The people involved in this research are looking at the subject from different, but complementary angles.”

Andrea’s hometown, Voghera has about 60,000 residents. It is situated in northern Italy, about an hour from Lake Como and an hour from Genoa. After finishing high school on a scientific track, he knew he wanted to continue studying biology. He did his undergraduate and Master’s degrees at Pavia University, one of Italy’s oldest universities. From there, he was unsure about continuing his studies. After taking a short break he decided to go for a PhD. He is still undecided as to what path to pursue after completing his PhD at Ariel. “Although I am drawn toward continuing my career in research in a non-academic framework, perhaps with a pharmaceutical company, it will depend on what opportunities arise once I finish my PhD. It would be nice to stay in Israel, return to Italy or go to another country. I’m not sure at this point, but I don’t want to stray too far from Italy or Europe. Israel is a great location for me since it’s only a 4-hour flight from home. I’m very open-minded, and confident that the right opportunity will come.” 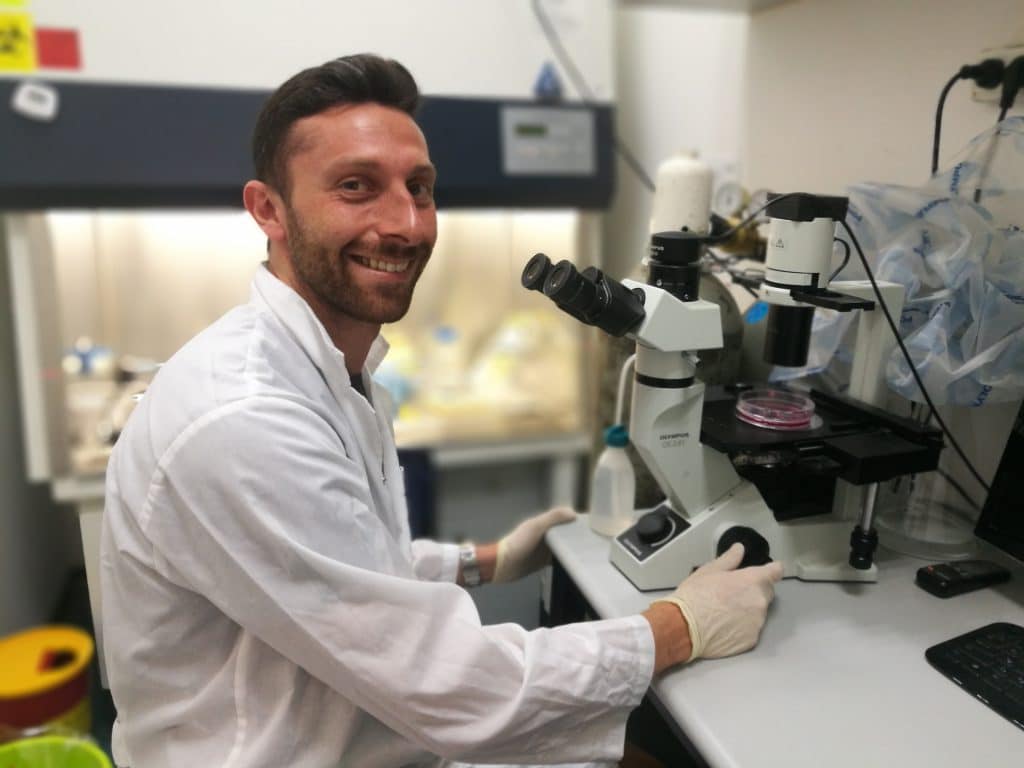 Andrea is grateful to his family who have been supportive all along. They have come to Israel twice since he has been here. Their viewpoint about Israel changed for the better after seeing the country for themselves. He urges his friends to come and visit Israel. “It’s not what people are led to believe from the media. Even my own ideas about Israel completely changed since coming,” he said. “Of course, there are problems, but there are problems everywhere.”

For Andrea, sports and physical activity are a form of relaxation and the best way of solidifying friendships. He has played soccer since the age of 7. With the help of his supervisor, Dr. Gabi Gerlitz, he quickly found his way to join the City of Ariel’s soccer team, although he is ineligible to play in official league games, because he’s not a citizen. But he goes to all the training practices and some of the games. He has made very good friends with members of the team. Most of them speak English, but even those who do not are very friendly and kind. He also goes to cross-fit workouts at a gym in Ariel, together with several of his university colleagues.

During vacations, he normally flies back to Italy.  On Passover this year, however, he was invited by Israeli friends to take part in a seder. “Before coming, I wondered how people would react to me, since I’m a ‘goy’. It was one of the best surprises I have had. Everyone, no matter how religious they are, have shown me great respect. In my first year, my Israeli roommate in the dorms invited me to come light Hanukkah candles with him. I wasn’t sure that was allowed, because I’m not Jewish. But he assured me it would be fine. I was super happy, because it showed me that Israelis accept and integrate others. It’s so easy to respect the traditions of others.”

Andrea came to Israel without knowing any Hebrew. The university arranged Hebrew ulpan classes for PhD students during their first year. He learned the alphabet and how to read and write, and now works on improving comprehension, vocabulary and conversational skills. He has traveled all around the country with fellow students, as well as with his parents.

When he first went shopping at the supermarket, he put his groceries in the cart and prayed that the cashier wouldn’t ask him any questions in Hebrew that he wouldn’t be able to understand. The cashier asked him in Hebrew, “Ata rotzeh sakiyot?” (Do you want bags?) “English?”, he replied, but the answer came back in Russian.

Andrea has only one problem with Israelis. “My Italian DNA will simply not allow me to accept Israeli pineapple pizza. I hear my country calling and saying, “No! Don’t eat it! Pineapple pizza is wrong!” 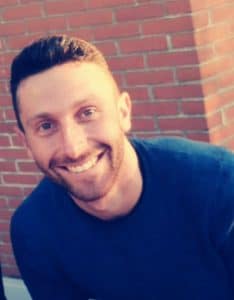 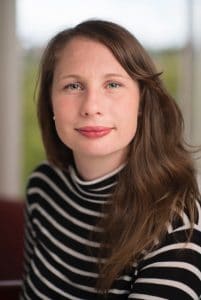 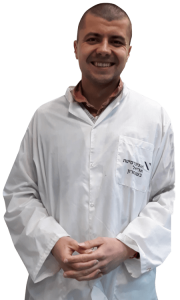 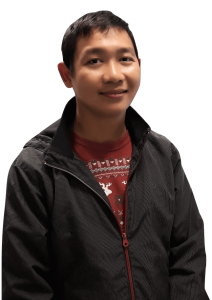 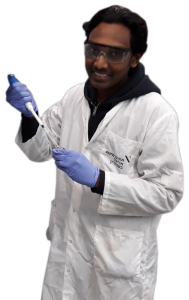