The laboratory of Environmental Biotechnology deals with the search of biological solutions to environmental problems. Our research is directed towards methods for bioconversion of organic airborne pollutions, the study of wastewater treatment and the development of biofuels production using wastewater as a medium for water plants and algae growth.

A number of organic compounds, for instance, formaldehyde, methanol and methylamine, are very important commercial chemicals used in many industries, but they are very toxic pollutants. Indoor air containing organic pollutants that negatively effect on human health are currently removed by intensive ventilation or chemical catalytic conversion to non-toxic products. We developed an effective method for removal of airborne formaldehyde through its bioconversion by immobilized alcohol oxidase (AOX) and formaldehyde dehydrogenase (FdDH). The enzymes were immobilized in calcium alginate beads. A continuous fluidized bed bioreactor (FBBR) was designed to enable an effective bioconversion of airborne FA. It was also demonstrated that the FBBR with immobilized AOX or FdDH provided a 90-99% elimination of airborne FA.

The second direction of our studies was to find a solution to the serious problem of water quality and quantity in our region. One of the ways to solve or at least to reduce this problem is to reuse wastewater for irrigation of crops in agriculture, but pathogenic microorganisms in contaminated sewage and wastewater may threaten health of population in the areas of irrigation. To prevent ecological and health hazards, the wastewater treatment should include a disinfection phase, intended for eradication of pathogenic bacteria. We developed a method for wastewater disinfection includes a treatment using photosensitizers (PS) immobilized on a solid phase. Several types of PS were immobilized in polystyrene, producing thin porous polymer films having homogeneous distribution of PS. We found that the use of immobilized PS caused drastic reduction in concentration of both Gram-positive and Gram-negative bacteria, even resulting in total eradication of cells. We propose that immobilized PS can be applied for large-scale disinfection of wastewater.

Recent years rise in oil prices demonstrated the necessity in alternative energy sources. One of alternatives is fuel production from microalgal biomass, having a number of advantages: fast growth rates, high lipid content and a variety of media for microalgae growth, including wastewater. Untreated or partially treated wastewater bears significant threats to groundwater reservoirs.  Microalgae based wastewater treatment may also serve as biomass source for biofuel production. This combined solution to the two problems – the production of biofuel and wastewater treatment, may lead to a comprehensive approach for improving the environment and for the development of a cheap and “green” renewable energy source and replacement for fossil fuel for transport vehicles.

Another approach to biofuel production is bases on biomass-derived bioethanol, which may be implemented as a renewable source for transportation fuel and could become a good alternative to fossil fuels. Existing bioethanol sources are based on cultivation of agricultural that take up agricultural space designated for food production. Production of ethanol from lignocellulosic wastes has attracted much attention due to their availability, abundance and relatively low cost. The water hyacinth Eichhornia crassipes, a fast growing perennial aquatic plant which is widely spread around the world, is another source of lignocellulose. Eichhornia crassipes can be cultivated inreservoirs with partially treated wastewater, thus contributing not only to biofuel production, but also to a reduction in the wastewater organic load. 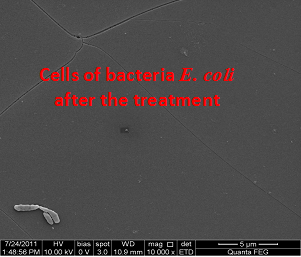 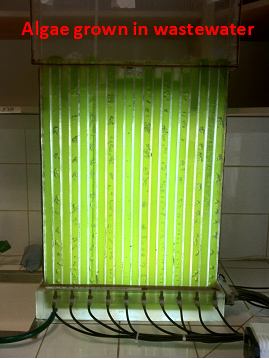 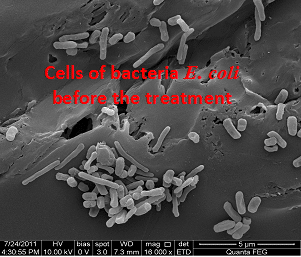