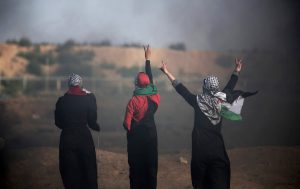 By Gilad Greenwald. In a new study to be published in the coming months, I examine for the first time a possible relationship between the gender-biased coverage of world politicians in the Israeli media, and their political (critical or supportive) positions towards Israeli policy in the context of the Israeli-Palestinian conflict. In 2015-2016, the Yedioth Ahronoth daily

Rope Bridge – Relations between Israelis and Pathans in India between 2007-2020 Dr. Eyal Be’eri For many years, the Pashtuns in Afghanistan and the Pathans in India have been holding on to a long and distinguished list of identity narratives that they can relate to almost simultaneously. The Aryan-Persian, Macedonian, and Scythian narratives refer to their

The Unprecedented Year of the Israeli Political System – A New Government at Last?

Israel has a parliamentary system in which the government draws its authority from the parliament and hence requires its vote of confidence. The question of who the Prime Minister will be is not decided directly by the voters but depends on the bargaining among the parties elected to the Knesset. Therefore, the process of forming 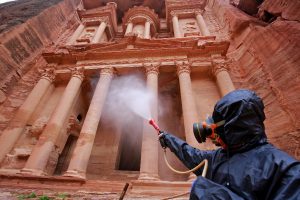 Jordan Hodor’s (Holds the Door) Shut Tight when Corona Visits − as Opening the Door this Time Won’t just Cost Money but Much More Dr. Manjari Singh Ask a Jordanian and they will tell you the meaning of the expression even opening the door in Jordan costs money. Given Jordan’s economic constraints and semi-rentier structure,

Covert lobbyist activity in the Knesset corridors: undermining or realizing the democratic foundations? This last year, during which Israel experienced two consecutive election campaigns, abounded with swift political dealings, including, on the one hand, agreements that formed associations and alliances between political parties and people, and on the other, arguments and clashes between various values

The American press as a promoter of the Syrian conflict

The political conflict in Syria that has erupted in the 2000s between the ruling clan of President Bashar al-Assad and the political opposition is remarkable for many reasons. One of them is the media behavior in those conditions. The information that was circulating has raised two pivotal questions: 1) to what extent can modern mass 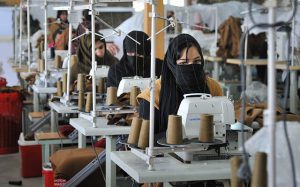 Taliban’s acceptance of women’s rights – reality or a façade

The people of Afghanistan have faced decades of war and crime. But one section always has to bear the brunt of these in the most terrible ways − the women. The entire world has been debating about the plight of Afghan women since the 1990s. The Taliban and the mujahideen have contributed to the women’s 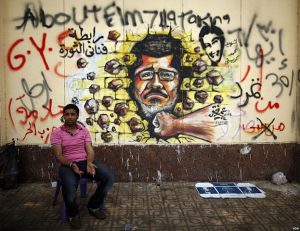 Mohammed Morsi, Egypt’s first elected president, ousted in a 2013 coup, collapsed and died on Monday, June 17, 2019 during one of many court sessions dealing with his conviction for espionage. For the Muslim Brotherhood, Morsi’s death in court while fighting for his innocence turned him into a martyr (shahid) and hero, symbolizing sacrifice and

ISIS widows and orphans − an existence without a future

In the past few months the Islamic State lost its last territories in Iraq and Syria. Several small enclaves of remaining Jihadi fighters are still there, as well as the Salafi-Jihadi ideology that gave legitimacy to the organization’s existence. And there are also ISIS fighters’ wives and children who have nowhere to go. Most of 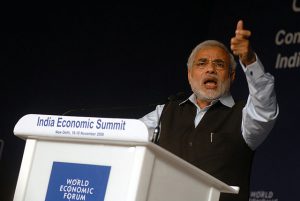 The largest democracy in the world is engaged in a highly significant election campaign. About 900 million eligible voters are voting at about one million polling stations for five weeks. An extremely complex process is currently taking place in the areas of the rising southeastern superpower. Prime Minister Narendra Modi wants to be elected to another term, and the BJP (Bharatiya Janata 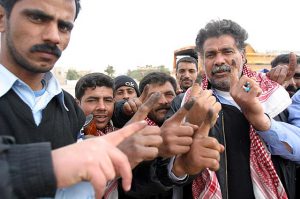 Post-Conflict State Structure and Federalism: The Case of Iraq

Iraq still represents one of the most crucial examples of implementing a federalist state structure with the aim of combatting the division of the society in a post-conflictual context. When studying Iraq, the deep divisions based on ethnicity and confessionalism soon become evident. Arabs are Iraq’s largest ethnic group, comprising about 75 percent of Iraq’s 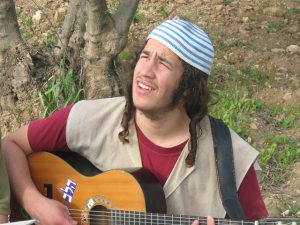 Youth, Adolescence and Fundamentalism in the Middle East: Ideology vs. Maturity

After a deep and intensive ethnographic research, conducted on the hilltops of the south-east Hebron Mountains, I offer here several thoughts regarding the day after the ‘Hilltop Youth’ phenomenon. First and perhaps most importantly, I have concluded that the phenomenon will pass without leaving any lasting impression. My position regarding this worrying and serious phenomenon

A Road Map of the Israeli Political System

Political parties Among Israel’s political parties we find representatives of a plethora of perspectives, spanning hawks and doves, religious and secular, communalists and individualists, socialists and capitalists, all reflecting the many compromises and clashes in the arena of party politics. The institutional order manages these conflicts, allowing the opposing sides to debate – harshly at 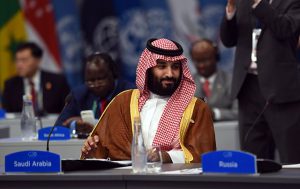 The Middle East and North Africa (MENA) region is not stable, and war and violence have played a huge part in determining inter-state relations. Ideological convictions, whether Islamism and its Jihadi variants, secular nationalism or populism, have also played their part in shaping relations between leaders, states and communities. The region is susceptible to sub-state 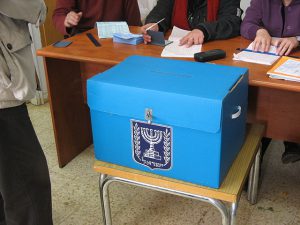 The Failings of Israeli Democracy: A Spotlight on the Coming Elections

Israel’s current election campaign is an opportunity to draw attention to the many failings of the country’s democratic system of governance, one which is allegedly an example and model for the Arab countries in the region. First of all, the system of multiple parties that lets anyone interested establish a party and attempt to join 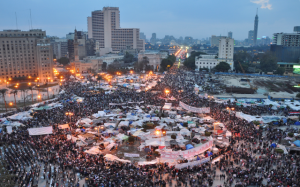 Today the Egyptians are marking the eight-year anniversary of the 25 January 2011 Revolution. It seems that the narrative of the revolution, which constituted one of the most exciting political events in the history of modern Egypt, is being deliberately purged from the collective memory by state institutions. The demands of this revolution for bread, 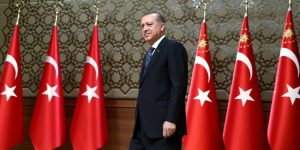 Israel and Turkey: A Closer Look

Prime Minister Benjamin Netanyahu recently hosted the leaders of Greece and Cyprus. According to the Israeli Prime Minister’s Office, the leaders discussed important ‘regional strategic issues’ including a plan ‘to lay a gas pipeline from Israel to Europe’ and additional cooperation projects between the three countries. This was the fifth summit between the leaders in 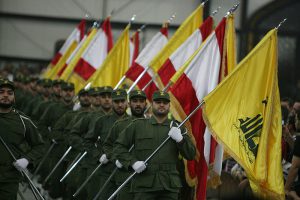 Operation “Northern Shield” against Hizbullah’s tunnels crossing into Israel arouses once again some old questions. In the case of a new war between Israel and Hizbullah, should Israel attack only Hizbullah’s targets or also some Lebanese ones? On the one hand, Hizbullah is both parliament and cabinet member; hence, it is part of Lebanon’s leadership.