When nations are violently threatened, the choices they make in order to cope with the challenge of war reflect different possible reactions. They may choose to struggle and fight their battles fiercely; they may prefer to surrender. Sometimes, the options lie in-between. The same goes for other challenges that different countries face, such as coping with nature’s hazards, man-made catastrophes, or even monetary and economic downfalls. Some countries succeed and end up becoming even stronger, turning crises into positive milestones, and viewing threats as opportunities; others fail to survive and either collapse or gradually demise. What is it, then, that drives nations to struggle and thrive? What enables them to overcome calamity and to prosper? One interdisciplinary point of view asserts that a key explanation for failure and success lies in a country’s national resilience.

Generally speaking, resilience is the ability to bounce back from a national shock and to withstand serious adversity; it is the capacity of a system to absorb different forms of shock. National resilience may be found in the large array of policies and resources that countries employ in order to cope with the challenges before them. It represents the nation’s readiness to contain a disaster and to maintain its social functions in an adaptive manner. National resilience refers to the extent to which the affected national community can react to a catastrophe in accordance with its severity and magnitude, and the ability of the affected community to recover from a low point of functionality to its normal—or even to an improved—level of functioning. National resilience in essence is a forward bounce—the capacity of a nation to turn a crisis into a success.

For the public at large: To be a source of knowledge for decision makers and their professional aides, and to enable popular comprehension of matters that often remain within the ivory tower of scholarly writings.

For academics: To maintain an intellectual platform for scholars who are interested in the numerous disciplinary fields involving national resilience.

For our students: To form a virtual colloquium, an internet academic seminar, particularly for young research assistants and for the group of MA and PhD students who are mentored by faculty members of the Department of Middle Eastern Studies and Political Science in Ariel University.

Managing research, particularly for PhD students—though not only for them—has become a tough task, mainly due to the increasing complexity of scientific research. On top of this, composing an MA thesis or a PhD dissertation, as well as writing an academic paper or a book, is almost by definition a mission that one carries out by oneself, coping alone with problems that one encounters for the first time. Based on our experience in Ariel University and in other universities, in order to mitigate the sense of loneliness and to enrich the researchers’ capacity to cope with the various academic challenges, we have established this research team. This is a virtual platform, where each and every one of us is invited to share his or her experience and knowledge, updates on our personal researches, as well as some good advice. Obviously, our correspondence is conducted in the open, moderated yet uncensored. It is a platform for science and for intellectual opinions, for innovation and for brave new academic thoughts. 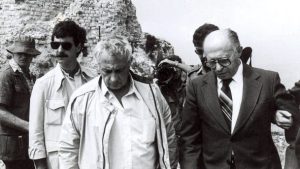 On September 18, 1982, Christian Phalangists committed the Sabra and Shatila massacre under the eyes of the IDF. Immediately, all over the world, Israel was blamed for atrocities, and the UN condemned us accordingly. Furthermore, an international commission headed by Sean MacBride, assistant to the UN Secretary General, found that the massacre was indeed a 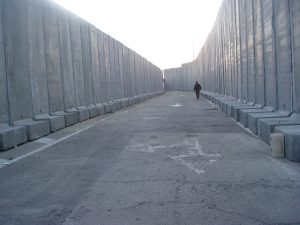 Seventy years of dispute with our Palestinian neighbors

On November 29, 1947, The UN General Assembly adopted Resolution 181 on the partition of the Land of Israel into a Jewish state and an Arab state. The proposal was accepted by 33 countries, rejected by 13 countries, and 10 countries abstained. The Jewish Agency, the actual government of the Jewish community in Eretz Israel, 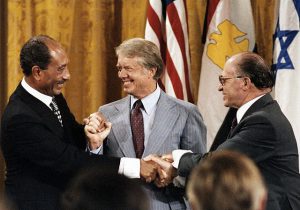 Almost forty years ago, on March 26, 1979, President Anwar Sadat and Prime Minister Menachem Begin, witnessed by President Jimmy Carter, signed the Egypt-Israeli Peace Treaty. For those of us who were already adults at the time, this was no less than a miracle. In every Israeli family, people were enthusiastically glued to their TV