Willful Blindness and the Mistake of Underestimation: The Oslo Gamble

During the last half-century, several reputable scholars and defense professionals have
devoted careful attention to the world view and aspirations of the Palestinian Arabs.
Working independently, these researchers arrived at two basic findings. They described the
strategic goals of the Palestine Liberation Organization and exposed the widespread denial
of their importance by the political class of Israeli society, the media, and the influencers of
mainstream opinion. This denial persists, and some of these authors used terms such as “willful
blindness” or “willful ignorance” to describe this contradiction. The PLO program has never
been a secret. Nonetheless, the great problem that must be explained is the pervasiveness of
“willful blindness,” particularly the intentional refusal to understand Israel’s enemies, their
goals and methods, as well as the danger they represent. It is precisely these views which the
Rabin government chose to ignore when they entered into the Oslo Accords. This ignorance
by choice undermines the country’s strength and prevents it from achieving peace.
Beyond the failure of the Oslo process to bring peace, there is a broader cultural dimension: how
the Israelis view themselves and their place in the world and how official Israel understands
its relationship with the Palestinian Arabs. During the 1960s, and for decades afterwards,
the question of the Palestinian Arabs hardly influenced Israel’s national awareness. In our
time, however, we must reassess this issue. It has become part of contemporary history,
particularly of the twentieth century. In this essay, we shall consider this subject.

To cite this article: Fishman, J. Kuperwasser, Y. 2020. Willful Blindness and the Mistake of Underestimation: The Oslo Gamble. National Resilience, Politics and Society 2(1): 9-50. 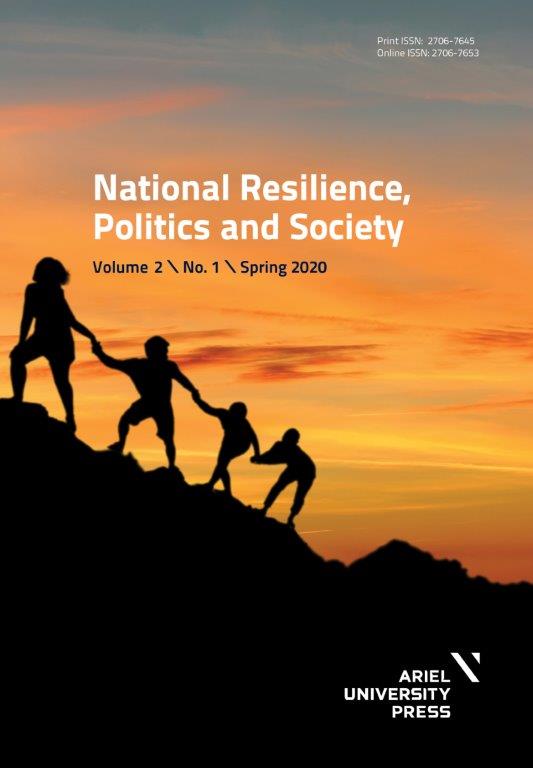