When Dr. Christian Locatell was growing up in the Los Angeles area, his interest in the Bible began to grow. He met with several Jewish teachers and friends from many different religious backgrounds – each one bringing their own perspectives on the subject. “I thought if I want to understand this better, I should learn to read the Bible in its original languages.” He enrolled to study biblical languages at Master’s University in Southern California and took advantage of a semester studying archaeology, historical geography and Hebrew at an extension campus in Israel in 2005 at Yad Hashmona near Jerusalem. “It was the most enjoyable semester I ever spent, especially since I met my wife-to-be who was in the same program.” He continued to pursue the study of the Bible and biblical languages when he returned to the US. He did his PhD in ancient languages, focusing on Hebrew, Aramaic, Akkadian and Biblical Greek with Prof. Christo van der Merwe at Stellenbosch University near Capetown, South Africa. (South Africa has a long history of producing Hebrew Bible scholars.) “Although these are no longer living languages, there are those who are trying to revive biblical Greek and biblical Hebrew as spoken languages.”

He came to Ariel University to do a postdoc to improve his understanding of biblical texts and to connect this knowledge with the material culture of the Bible found in Israel. His fluency in reading the Hebrew Bible and New Testament in Greek is getting better.

In linguistics, language is considered to be “encyclopedic”, meaning that a word does not just have an isolated meaning. “For example,” Christian explains, “the word ‘cat’ conjures up an image of the animal called ‘cat’ with some level of context, and also primes other connected concepts, like that they drink milk or that they might not get along with dogs. A single word evokes a whole encyclopedic network of imagery.” Coming to AU to work with Professor Itzick Shai and Dr. Shai Gordin, who specialize in archaeology and Mesopotamian history and languages like Akkadian, gave him the opportunity to fill in some of the blanks of this encyclopedic background to the language and context of the Bible and connect that to the text.

Christian’s connection to Ariel University was facilitated by a friend he met during his semester at Master’s University in 2005. His friend returned to do his PhD at Bar Ilan University with Aaron Meyer, who was also Itzick Shai’s advisor. They worked together at the Tel Burna excavations. When Christian wanted to return for a post-doc in Israel, his friend made the connection. After completing his two-year post-doc from Ariel University in September 2019, he plans to spend another year at Hebrew University in Jerusalem.

Christian’s research concentrates mainly on the language of the Hebrew Bible but deals also with other ancient languages. Among his other publications in the languages and texts of the biblical world, he has recently written a chapter for a book on the Greek New Testament, and together with Dr. Shai Gordin, is finalizing an article for publication on the Akkadian language. He has had the opportunity to be exposed to Israel’s material culture through archaeology with Professor Itzick Shai and his work at Tel Burna, which has yielded some very interesting finds.

Christian’s interest is in understanding the Bible better by comparing the Hebrew Bible with texts in other languages, such as Aramaic or Akkadian, and drawing on the conceptual world from archaeological remains. Ultimately, he hopes to share that understanding with others. “Surprisingly, although there are something like 6500 living languages in the world today, there are only about 400 translations of the Bible in other languages. Most of the languages which already have a Bible translation are widely spoken across the globe. However, there are a large number of language groups that are interested in reading the Bible in their native tongues that do not yet have a Bible translation. Even commonly spoken languages develop and change, and ideally, there is a need for revisions about once every 30 years. This makes Bible translation a continual need for any language when it changes substantially.”

Christian’s ambition is two-fold: to keep one foot in the classroom, and the other is to work with language groups that are interested in translation of the Bible. Even today, there are languages with hundreds of thousands of speakers that don’t have translations of the Bible, or the existing translations are incomplete or antiquated and in need of revision. An example would be Quichua, a family of some 45 closely-related languages spoken in the Andean region of South America by close to 10 million people. Probably the largest area today without available Bible translations is in Southeast Asia. There are even isolated areas in the mountains of Mexico where the dominant languages spoken are Aztecan, without Bible translations available.

Christian spent a summer with people doing a Bible translation among a Yanomami tribe in Brazil. People working on translating the Bible in areas like this have been known to spend twenty years just on translating the New Testament. There are people who spend a lifetime learning languages and working with native populations on translating the entire Bible.

After finishing his next post-doc at Hebrew University, Christian is considering joining a group working on Bible translations in Southeast Asia, or alternatively returning to teaching a position in biblical studies back in the US. Given the chance, however, he’d like to stay in Israel for a few more years.

For now, the Locatell family is enjoying living in Israel. They recently added a baby girl to their family circle. Her big brothers aged 8 and 5 are enrolled in a regular Hebrew-speaking Israeli school in their Jerusalem neighborhood. “My second-grader’s reading proficiency may even be higher than most of his classmates. He just received his first Hebrew Bible and loves reading it.” His wife studied Bible and counseling and uses biblical principles in her work. When they have the chance, they enjoy traveling around the country to different biblical locations. They have joined a church community, Jerusalem Assembly, in Talpiyot, where they have made friendships with people from Israel and around the world.

Looking back at what he has accomplished at Ariel University, he is pleased to have improved his internalization of modern Hebrew, and grateful for the privilege of visiting many biblical sites. 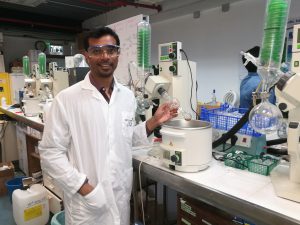 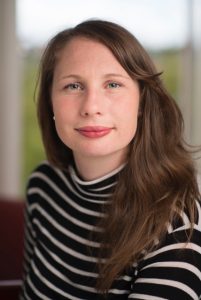