Developing the state of the art technologies in the wireless communication and radars field, among additional research interests

The “Wireless Communication & Radars Lab” is a research laboratory in Ariel University in Samaria.

Among the other things we investigate different wireless communication systems, high resolution and wide band radars, spectroscopy and 5G systems and modulations

For more information about our research click on the “Research” tab 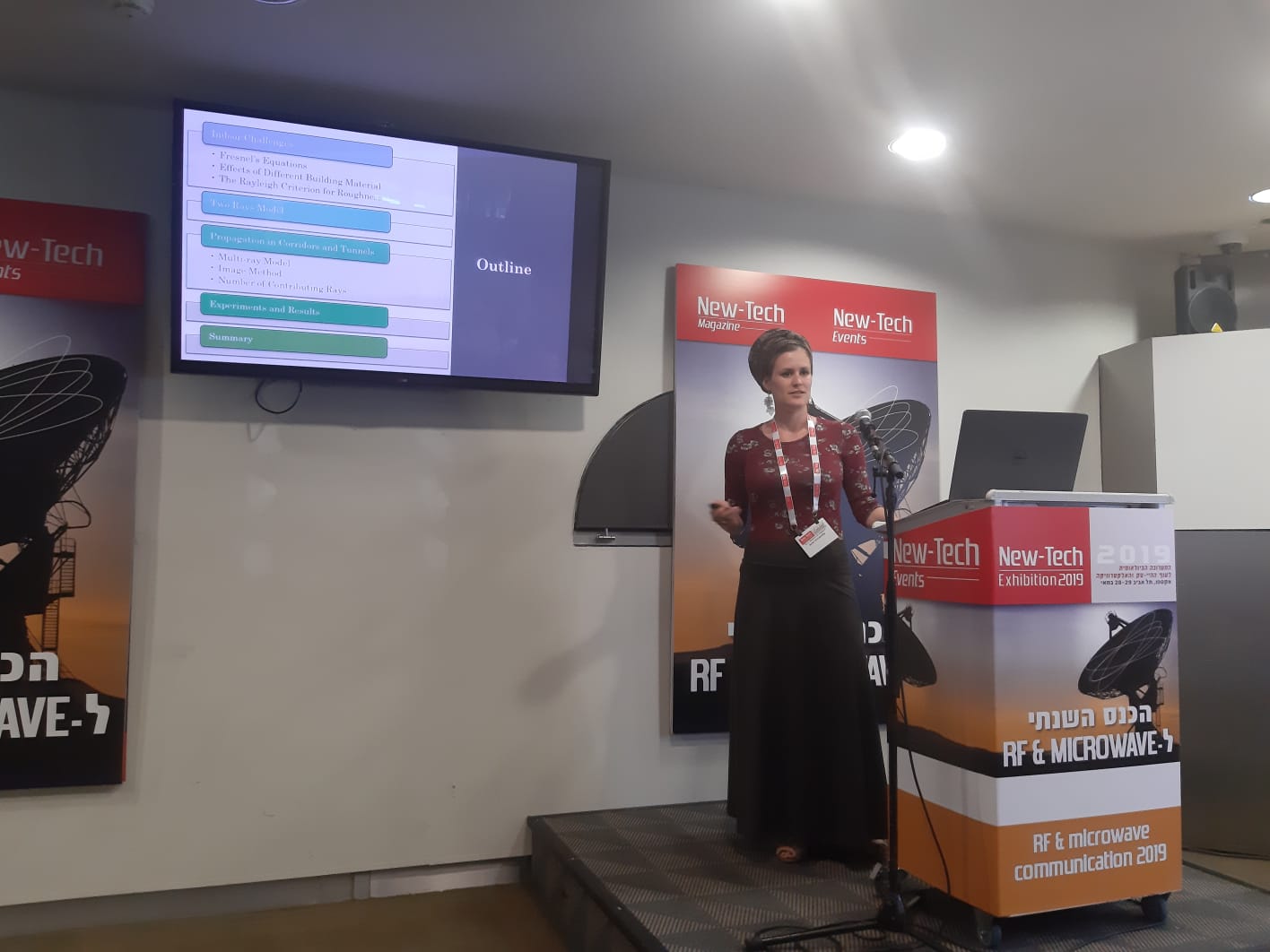 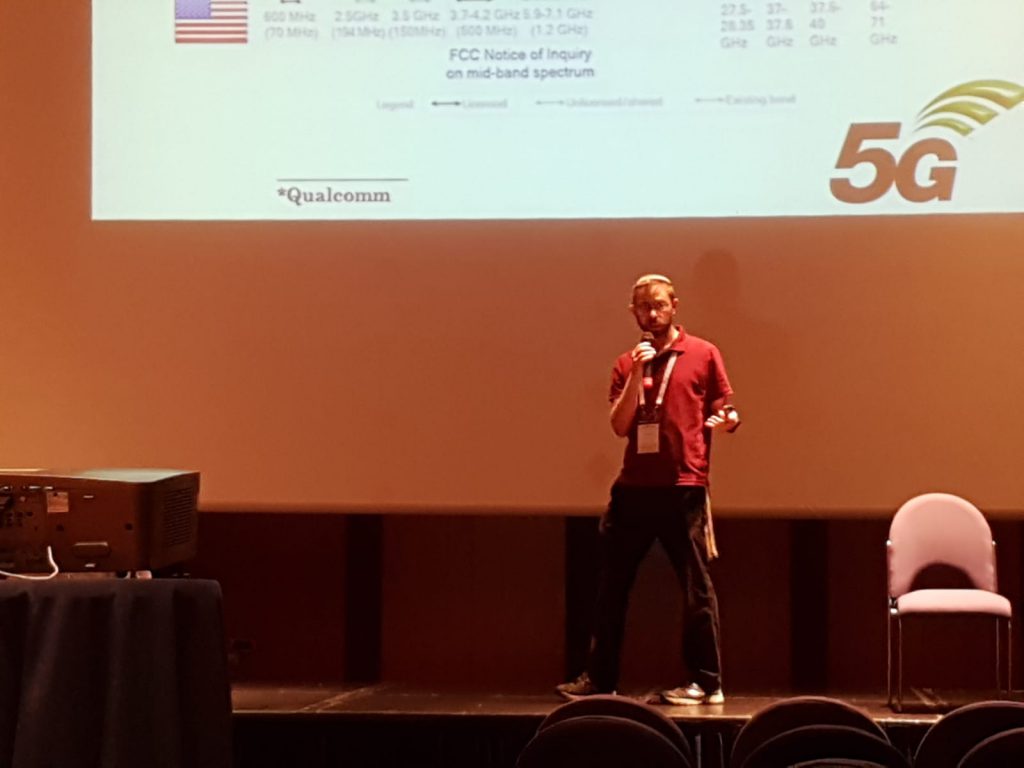 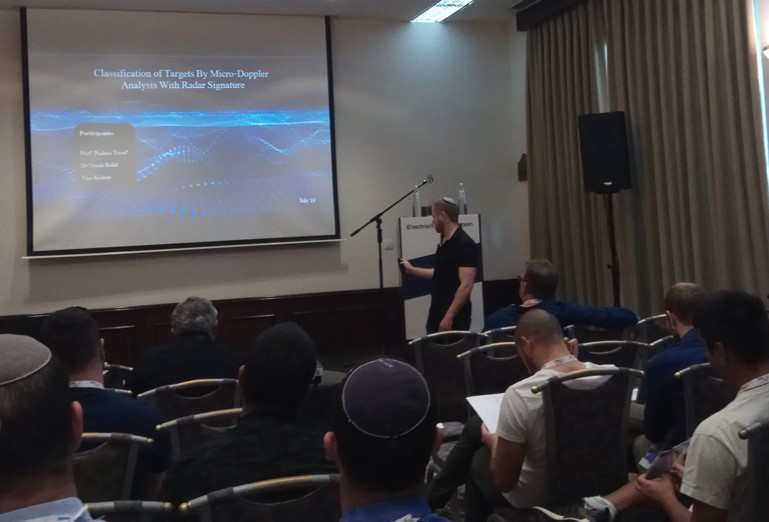 The propagation of millimeter (MMW) and submillimeter (terahertz, THz) waves in the atmosphere is subject to absorptive and dispersive effects. The resulting attenuation and temporal group delay increase in cloudy and hazy weather. In this work, the effects of water droplets suspended in the air on the propagation of electromagnetic radiation in submillimeter waves are studied theoretically and experimentally. A comparison is made between the link budget in THz frequencies and the expected attenuation for free space optics (FSO) links. Using the modified millimeter-wave propagation model, the frequency-dependent attenuation and group delay are expressed in terms of the complex refractivity of the atmospheric medium. The theory is employed to study the effect of fog and clouds on the accuracy of a frequency-modulated continuous-wave high-resolution radar operating at 330 GHz. In an experiment, the propagation of MMW was studied in a controlled fog chamber for various ranges of visibility, even below 1 m. The resulting attenuation and group delay of submillimeter waves were measured, while the properties of fog (optical visibility distance and water content) were monitored using FSO techniques. Apart from attenuation, the incremental group delay caused by fog also affected the accuracy of the radar. The experimental results were compared with those of an analytical model and were in good agreement even for very low visibility in very foggy conditions. Dispersive effects should be considered in the design of remote sensing radars operating in the MMW and THz regimes.

Satellite communications require more bandwidth due to the necessity of increasing the capacity of communication channels and bandwidth to end-users. As a result, looking for new bands is required in the electromagnetic spectrum including millimeter and sub-millimeter wavelengths. Recent technological developments made the extremely high frequencies (EHF) above 30 GHz as a candidate for wireless applications such as the fifth generation (5G) of mobile communications, high resolution radars, and remote sensing. The EHF communication systems are becoming more and more commercial, cheap, and compact. However, the fact that the atmospheric medium is not completely transparent to millimeter waves requires considerations of the frequency selective absorption and dispersion effects emerging in this band. These phenomena affect also remote sensing in the millimeter and sub-millimeter waves (the terahertz frequencies). The atmospheric effects on the propagation of millimeter and sub-millimeter wave transmission from land to satellite are discussed. It is shown that not only atmospheric absorption plays a significant role on the received signal strength but also the refraction index of the atmospheric medium. The inhomogeneous refractivity causes the beam to “bend” along the propagation path, and it may even “miss” its destination. This phenomenon should be considered in the design of a link operating in extremely high frequencies involving highly directive antennas.

The spectrum of millimeter waves lay above 30GHz. The band between 30GHz up to 300GHz is called Extremely High Frequencies (EHF). This wide spectrum is relatively free of users and have recently became relevant for realizations of wireless communications an radars, including the fifth generation (5G) of cellular communications. Due to the short wavelengths, the propagation of millimeter waves can be analyzed using quasi-optical ray techniques. We present a multi-ray analysis of millimeter wave wireless link in the presence of multipath. The analysis is applicable for indoor and outdoor links and considers reflections from walls and buildings. It is shown that line-of-sight is not necessarily required in scenarios where multiple reflections exist as in long corridors, canyons and tunnels. The theoretical results are verified experimentally with a link in the W-band (94GHz).